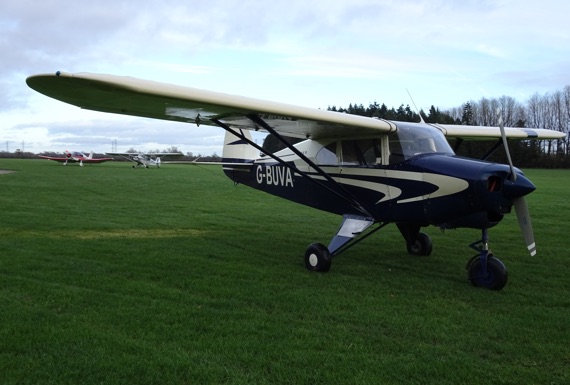 PA22 details G-BUVA – PA22-135 TRI-PACER AIRCRAFT : Built in 1953 this ‘OLD GIRL’ was originally registered in the U.S.A as N8626C. We have found the current address of the last USA registered owner with the help of the FAA and a person finder site. He was in Memphis, but now lives in Texas, so we are trying to establish contact to find out more about G-BUVA and if there are any photos available of her with her N markings. If we find anything we will put them on our news page. He owned the plane from 28th May 1986 until 11th February 1993. on the 12th February 1993, the plane was re-registered to Mid-West Aviation Ltd, Gloucester Airport as G-BUVA, following its export to the UK. Our group did not get her until 18th October 1994, so we assume in that time she was being recovered and re-painted. So imported into the UK G-BUVA was flown into OAKSEY PARK AIRFIELD, (EGTW) WILTSHIRE where it is still hangered to this day.
Victor Alpha is owned by the ‘Oaksey VA Group’ and we believed ‘VA’ to be the oldest flying TRI-PACER in the country and possibly the most travelled in the world. However we have since discovered that G-BUVA is actually the 4th oldest in the UK; the oldest is G-APXU, serial number 22-474, and is in Perth, Scotland. There’s also G-TJAY 22-730 and G-BUDE 22-980 before our 22-1301. All have current C of A. There are others with higher hours in the UK, and given the amount of flying they do in the USA compared with the UK, there are bound to be some with more flying hours there. We have found that there are 4,853 PA22’s on the N register – a small proportion have been deregistered, but a large number have airworthy certificates dates that are well in the past. We assume many are no longer airworthy even if they are still alive. One of our members actually saw one fuselage in the EAA Chapter HQ at Racine – that had reportedly been undergoing a restoration for 20 years!!!! 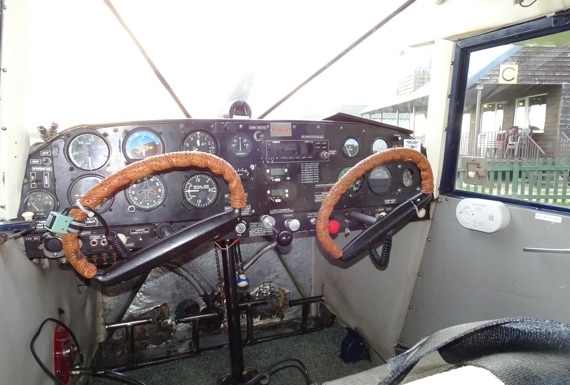 G-BUVA has flown all over the British Isles and Europe, including a trip to the Artic Circle. One of her most memorable flights was to celebrate the Millenium, where she was flown to Sweden and back. A single handed flight, she took off from Oaksey Park at 1400 hrs on the 1st July 2000. The trip clocked up 38 hours of flying time and 23 destinations, the only repeat destinations being Lydd (to clear customs) and Oaksey Park. On the 8th July 2000 the plane returned having used approximately 1060 litres of fuel. A great achievement especially by a single pilot. Also in the year 2000, the engine, a 135 HP 290-D2 Lycoming was replaced with another time zeroed engine. In August 2008 G-BUVA had another engine change. ‘VA’ was fitted with a brand new Lycoming 0.320.B2B, 160 HP engine, and the group has never looked back! Members of the ‘OAKSEY VA CLUB’ continue to enjoy flying this wonderful ‘OLD GIRL’ and look forward to many more happy flying hours. 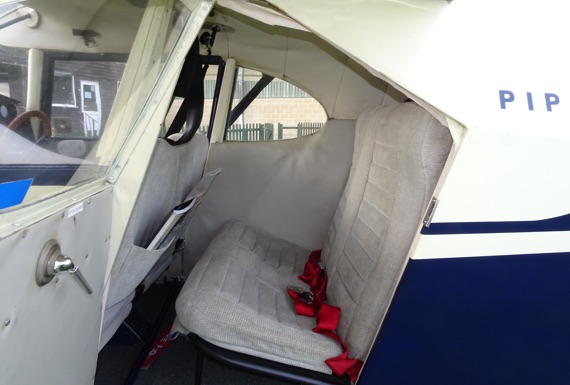 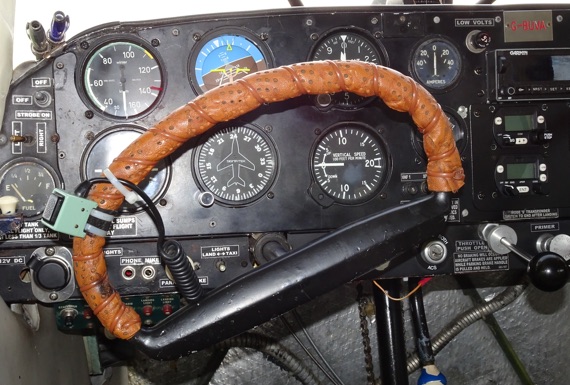 The PA-20 Pacer and PA-22 Tri-Pacer are a family of four-place, strut based, high wing light aircraft that were built by Piper Aircraft in the post-World War 11 period. The Pacer was essentially a four-place version of the two-place PA-17 Vagabond light aircraft. It features a steel tube fuselage and an aluminium frame wing, covered with fabric, much like Piper’s most famous aircraft, the Cub and Super Cub. An aircraft prized for its ruggedness, spacious cabin, and , for it’s time, impressive speed, many Pacers continue to fly today. Factory installed 125 hp (93kW), 135 hp (100kW) and 150hp (112kW) engine options were available and 160hp (120kW) as well as 180 hp (135kW) engine after-market conversions are an option. An unusual feature of the Tri-Pacer is the incorporation of bungee linked ailerons and rudder. Beside simplifying the co-ordination of in-flight manoeuvres, this system which can easily be overcome by the pilot as required, allowed the installation of a simplified form of autopilot marketed by Piper under the name Auto-control. A small number of PA-22s have been converted to taildragger configuration, resulting in an aircraft that is very similar to a PA-20 Pacer, but which retains the model refinements and features of the PA-22. These conversions are often referred to by owners as PA-22/20s and are often listed in classified aircraft ads as such, although officially such converted aircraft continue to be designated by the FAA as PA-22 Tri-Pacers. When this conversion is accomplished, a 2 puck disc brake conversion is usually installed in place of the original drum brakes and the Lycoming 0-360 180hp engine is the preferred upgrade. Some PA-22s have a Hartzell Constant speed controllable propeller or Koppers Aeromatic propeller. Each of these installations improves performance/economy at the sacrifice of payload.

Between 1953 and 1955, the Cuban Army Air Force (Fuerza Aerea Ejercito de Cuba or FAEC) received 7 PA-20s, 4 PA-22-150s and 3 PA-22-160s. During The Cuban Revolution, PA-22s had their rear doors removed and a 30 caliber machine gun installed in its place for use against insurgents, along with hand-dropped grenades. A PA-22 providing ground support for the Cuban Army during the battle of Guisa is believed to be the lone aircraft lost by the Cuban Air Force to enemy fire